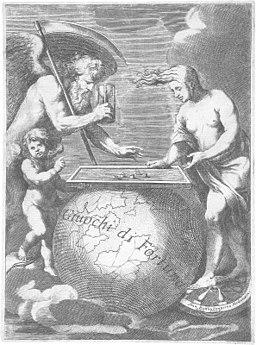 We played all Dowland, all the time:

We meet Tuesdays at 7:45 pm, at 233 Broadway, Cambridge, as
long as enough people have told me by Monday night that that want
to come.

Why I want to know your plans

It’s a dropin group, and you are welcome to come for as much or
as little of as many meetings as you want to.

However, I do want to know as much as possible about your
plans, since I need both to organize my own time, and to plan the
meetings so that the people who come can get what they want out of
them. I am grateful to all the poeple who consistently let me
know what they’re planning do.

Last Tuesday’s meeting was a brilliant success in terms of
people getting together and playing music they love. I kept
remembering the 1993 Boston Early Music Festival Exhibition, where
I stood at the Braude Brothers booth wistfully looking at the
Dowland facsimiles and wondering if I’d ever have a group that
could play that music. It’s been almost a quarter of a century,
and a lot of hard work, but now we have one. Many thanks to all
the people who have given their time and skill to make that
happen, including the ones who are no longer with us.

In terms of
planning and organization, however, it was a flat failure.

This is because, based on what I had been told about who was
coming, I spent several hours on Tuesday transcribing something
that really needed those specific people to look at it for half
an hour or so.

Then, at 5pm, someone else called and asked if it made sense
for him to come, and said he’d be happy to take a break if there
was something we needed to do that he couldn’t help with.

At about 9, he reminded me that I’d promised him a break, and I
said he could have one when the third person arrived. He’s just
getting back into playing his instrument, which he’s had physical
problems with in the past, so he’s trying hard to not play for too
long at a time.

The third person finally arrived at about 20 minutes to 10, and
we decided to just go on with what we were doing, instead of
trying to rush through reading the new transcription.

So I spent several hours doing something that didn’t benefit
the Tuesday meeting, when there were other things of more
immediate benefit I could have been doing, and I failed to get
someone who’s working hard at learning his instrument the break
he might have really needed.

The moral of the story is that if you’ve said you’re coming,
and it turns out that you won’t be there for a substantial part
of the meeting, it would be good if you could call and tell me that.