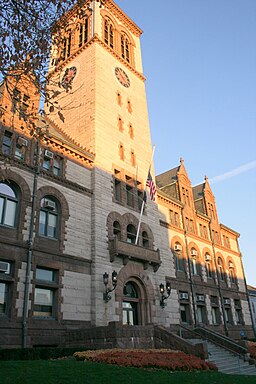 I spent a good chunk of this week writing, and I thought I’d share some of it with you. The email to two city councilors who helped us get the first permit last November was full of dates and permit numbers, so while it took a long time to write, it wouldn’t be very interesting to people not directly involved in the problem.

But one of the councilors suggested I “reach out” to the person in the City Manager’s office who was going to be looking into it. The reaching out that I could think of to do was to explain why people are getting angry and frustrated about the problem, and I thought some other people might want to read that.

To skip to the end of the story, shortly after I sent this email, I got one from the person I sent it to saying that it was likely the permits would be issued that day, and later in the day, they were issued.

But here’s the email:

Matt, thanks for agreeing to look into this. I think the email I sent Alanna and Quinton has all the facts you would need, but I thought I would send a personal note to clarify why we are so frustrated about the situation.

The fact is that there are 6 people, including a child who was an infant at the time of the fire, removed from their homes by the fire that happened on July 14, 2020. I am personally living with my sister in Fall River, MA, one to two hours away from most of my social life and other commitments, in about a third of a dark attic room, with all but a closet and 3 drawers of my stuff in storage.

It took from July to November to get the check from the insurance company that enabled us to hire a contractor. We really thought that when we signed the contract on December 24, 2020 that we were on the way to getting the work done.

Then in January 2021, the demolition our contractor did revealed structural problems that were unrelated to the fire, meaning that instead of just a regular permit for fixing the fire damage, we needed a structural permit with signoff by an architect and a structural engineer. It took until the end of June to get that submitted, and again, we thought we were on our way to getting the work done.

I think it should have been obvious a month or two later that just waiting for the city to move through its procedure wasn’t going to be sufficient to get the permit, but our contractor was (and still is) uncomfortable going outside the established procedures, so it wasn’t until November 2021 that we emailed the city council and received support from several members, which led to the issuance of the permit for 231 Broadway. Again, we thought we were on our way to getting the work done.

Our contractor had been told that the permits for the four units had been consolidated into one. He did enquire when we got the permit for 231 Broadway whether that did in fact cover the work that needed to be done in 231 1/2, 233, and 233 1/2, and was eventually (weeks later) told that it did not, but that as soon as he paid the fees for the other permits, they would be expedited. The fees were paid last Thursday (January 13, 2022), and we hoped that the permit problem was solved, and we were on our way to getting the work done.

This week, they told our contractor that he needed to submit 3 more affidavits about noise abatement, architecture, and structural design. This seems very strange to us, since if those affidavits are indeed necessary, why didn’t someone ask for them last June, or at least before issuing the permit in November?

Even if you and the councilors and the City Manager manage to get the permits issued now, there is still several months of work which can’t happen until we have the permits. So the total time between the fire and us homeless refugees being able to move back in is going to be little if any less than two years, even if there are no more delays.

So we really appreciate anything you can do to get this part of the process of rehoming some refugees completed.